Tornado hits Qatar where FIFA World Cup 2022 is been held

A severe tornado hit on Wednesday the northeastern part of Qatar the Ras Laffan Industrial City, which is located about 80 km north of the capital Doha, where the FIFA World Cup 2022 is being held.

In more detail, severe weather conditions occurred on Wednesday, as an upper trough and a surface front create torrential rain especially across the northern part of the country where severe thunderstorms with hail and isolated tornadoes were noticed, mostly in the Ras Laffan Industrial City, in the coastal northeastern Qatar. The Qatar Meteorology Department on Wednesday had warned of a line of severe storms which can produce large amounts of hail.

Tornadoes are rare in the Middle East, but when the conditions are favorable they can occur. Last tornado that formed in Qatar was on October 14, 2022 in Umm Az Zubar, while several were also reported during the year of 2016. 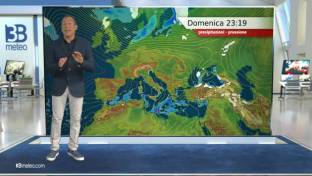