A severe rainfall took place last weekend in eastern Uganda, causing nearly 30 people to lose their lives, while more than 5.000 people have been displaced by flash flooding. The heavy rain started after 8 p.m. Saturday local time and continued through 7 a.m. Sunday. Nearly 21 victims have been retrieved from Mbale, and three were found in Kapchorwa. During Monday and Tuesday more people were found dead and many residents are still missing, and it looks likely that the number can go higher over the next few days.

Two rivers burst their banks after heavy rain over the weekend, causing devastation to Mbale, destroying houses (over 1.000 households were impacted), industries, roads and uprooting water pipes. Nearly 400.000 people have been left without clean water, and more than 5.000 acres of crops have been destroyed. Many people are left without a house, food, water and clothes. The situation is critical and is really difficult for the residents to restore the city.

A World Bank report predicts that at least 86 million Africans will migrate within their own countries by 2050 as a result of climate change.

This was a petrol station in Mbale, it's along mbale-Tororo Road, area before Bungokho. Floods in Eastern Uganda pic.twitter.com/9aOtxZzbuk

Because Africa is my business; this is Uganda yesternight, peoples houses submerged due to heavy downpour.
maybe you will understand why we call on climate action!!! pic.twitter.com/0iYvgwfvMp 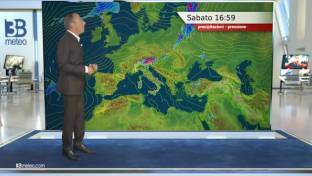