The low pressure system Diomedes for the second day is affecting our neighbor Greece, causing severe floods, blizzards and many coastal cities are suffering from its damaging winds.

THE CAUSE BEHIND THESE SEVERE WEATHER PHENOMENA: As I mentioned in my previous article, these severe weather phenomena were created due to the slow-moving low pressure system Diomedes and the advection of arctic air masses because of an anticyclonic wave event over northern Europe. As the cold northeastern winds of the weather system passed across the waters of the Aegean Sea, warmth and moisture were transferred into the lowest portion of the atmosphere, creating big amounts of snow and blizzards in central-eastern Greece resulting in the famous phenomenon Lake effect snow or else Aegean effect snow.

Blizzard conditions took place in Thassos island and schools were forced to close. In the mountainous areas of Trikala the snow is more than one meter.

SEVERE FLASH FLOODS AND HIGH ACCUMULATION RATES: The continuous rain in Farsala has caused severe floods and damages on the roads of the area. Water is constantly pumped from houses that have been flooded. The Municipality of Agia is also facing problems due to the heavy rainfall, mainly in the coastal areas.

According to the National Observatory of Athens on the 11th of January in Portaria,Pelion rain reached 340mm in 16hours, while 346mm in 24h, in Makrinitsa 284mm, in Agia Larisas 159mm and in Karditsa 153mm, but there are also many other cities with high amounts of rain.

Some of the impacts of Cyclone "Diomedes" in Greece on Tuesday 11 January 2022. More than 350 mm of rainfall in 16 hours have been recorded in some weather stations @meteogr . pic.twitter.com/xYNLUlFNjt


DAMAGING WINDS: Storm force wind gusts of 90-105 km/h were observed locally on the 11th of January in coastal cities of central-eastern Greece

(according to the weather stations of National Observatory of Athens), resulting in huge waves that drowned the coastal coasts of Thessaly and sea foam blocked the main road! 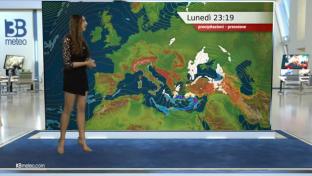