The low pressure Elpis is centered today in the Aegean Sea and is affecting Greece and Turkey, spreading heavy rain, snow, temperature drop and thunderstorms. The weather system will continue to bring unsettled weather on the weekend, resulting in a travel ban locally.

The reason behind this severe weather is the big temperature difference between the cold air masses of northeastern Europe and the warm of the western which have created a strong jet stream that helped the arctic air masses to slip to the south. The northwestern winds of the jet stream are transferring the arctic air masses to the southeast towards Greece and Turkey. The cold front of the low pressure system, the wind convergence and the humidity from the warm Aegean sea will create the appropriate weather conditions for snow to appear.

TODAY 21/01: the strong westerly or southwesterly winds of Elpis are bringing heavy showers or thunderstorms across the Aegean Sea and the coasts of Turkey. At night the cold northeasterly winds will bring snow across many regions of northern/central Greece and Turkey above 400m or less over the northern areas, turning heavy in places. Gust winds of 70-80km/h are expected in the Aegean Sea.

SATURDAY 22/01: on Saturday morning as the cold front of the low pressure system will move to the south, wintry showers will spread to central Greece with snow occurring above  ~450m to many regions like Athens and Evia. Partial or total frost is expected to the northern parts of the countries. Scattered thunderstorms will be spread during the morning hours over the southeastern Aegean and the coasts of Turkey; later will move to the southern Turkey and Cyprus due to the strong southwesterly winds and will turn heavy. As Elpis is moving towards southeastern Turkey, wintry showers or heavy rain will be spread in most regions of the country. Heavy snow will occur in the southern areas of Turkey, above ~400m or less locally, with a possibility of reaching 80-100cm of snow in places!

SUNDAY 23/01: the arctic air masses will continue their southern course bringing frost to many regions of Greece and Turkey. A wind convergence and the cold but full of humidity northeasterly winds will bring wintry showers or snow to central-eastern Greece and Crete over low level. In Turkey snow is expected over the eastern regions. 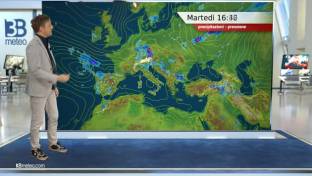