Thousands of houses have been damaged, while hundreds have collapsed from the amounts of water that fell and people were trapped. While it continues to rain in some areas, now the eyes are on a new storm coming, which is named Batsirai and is currently still in the open Indian Ocean but in the next few days it will move west, will hit Mauritius on Thursday and within the next weekend Madagascar. The storm could turn into a dangerous "tropical storm in the next few hours", warns the United Nations.

I hope this isn't the one headed for Zambia #StormAna https://t.co/vtNwrCZueo

World Vision is working with the Government and partners to access the needs. pic.twitter.com/MpDT6JZzQT

SEVERE DISASTERS IN MADAGASCAR, MOZAMBIQUE AND MALAWI: almost a week after the devastating passage of the tropical cyclone Ana, the death toll continues to rise. Madagascar last night was declared in a state of national disaster, mourning 48 victims. In Madagascar, 130.000 people were forced to flee their homes. In the capital, Antananarivo, gyms and schools have been set up and converted into emergency accommodation.

In addition to supporting the government, @WFP is mobilizing resources. We have deployed boats to carryout search and rescue operations.
We will provide food and use cash-based transfers to reach the people in need. pic.twitter.com/PhAYjLxMZ6

After crossing the Indian Ocean, Tropical Storm Ana hit northern and central Mozambique. In Mozambique and Malawi, at least 18 and 11 people have lost their lives and Malawi has declared a state of natural disaster. In Mozambique, Ana destroyed around 10.000 houses and dozens of schools and hospitals, while Malawi has suffered a nationwide power cut. The Prime Minister of Mozambique, Carlos Agostinho do Rosário, said "We are a country that does not contribute much to climate change, and yet we are one of the countries that suffer the most from its impact". The storm also hit Zimbabwe, but authorities have not announced any deaths. UN Resident Coordinator in Mozambique, Myrta Kaulard, said "vulnerability is very, very high. The challenge is titanic, the challenge is extreme".

Four to six cyclones are expected to hit the areas before the end of the season in two months' time.

Southern #Malawi has been badly affected by Tropical Cyclone Ana. Heavy rains have caused widespread flooding, devastated crops and destroyed homes. Mulanje Mission Hospital shared this video of a nearby river which became a violent torrent with bridges washed away. #StormAna pic.twitter.com/kaWrrZ5tfS 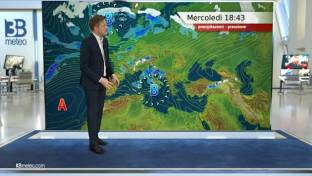